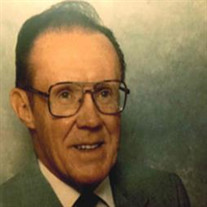 Dorr Harold N. Jr. (Harry) born February 23,1933 in New Haven Ct. Died December 3, 2018. In 1940 he began the many travels of a military family being assigned to several stations. Due to the lack of educational facilities in one overseas assignment he finally graduated from high school 3 weeks before his 20th birthday. Harry enlisted in the U.S Army and was trained in the infantry and light weapons artillery in preparation for duty in Korea. Following this, Harry was assigned to the Still Photography School in Fort Monmouth, NJ and after graduation was sent to the 516th signal Company Camp Roeder Salzburg, Austria. This was followed by going to USA REUR Headquarters Heidelberg Germany where he became the Official Portrait Photographer of Colonels and general officers of all services, both American and Allied. Upon discharge from the Army Harry joined the Air Force where his father retired at Lockbourne AFB, OH. He became Photo Editor and Lab Chief and was an Honor Graduate of the leadership school. This led to assignments in Nebraska, Colorado, Hawaii, Vietnam and Louisiana. He retired from March AFB in 1974. Following retirement Harry became involved with Metropolitan Life Ins., Pictorial Sciences Inc. and a second retirement from Johnson controls World Services in 1998. In May 1992 he married his wife of 27 years, Patsy. Being married to Patsy he was blessed with daughter Debra of Lake Elsinore, Janet and son Robert of Independence, MO and Joyce of San Angelo, TX. Five grandchildren Brian, Cody, Robyn, Kasey and Wiley. 11 great grandchildren and 2 great-great granddaughters. Harry was a proud member of the UFW, the American Legion 777 and was a past worthy President of the Fraternal Order of Eagles in San Bernardino. Harry’s latest interest in life was being an active member of the San Bernardino Police Departments Volunteer Citizens Patrol. His final resting place will be at the Riverside National Cemetery on December 20,2018 at 1:30pm. There will be a memorial service for Harry at the San Bernardino Eagles Lodge on 9th St. January 12, 2018 at 1pm. In lieu of flowers please donate to the charity of your choice.

Dorr Harold N. Jr. (Harry) born February 23,1933 in New Haven Ct. Died December 3, 2018. In 1940 he began the many travels of a military family being assigned to several stations. Due to the lack of educational facilities in one overseas assignment... View Obituary & Service Information

The family of Harold N. Dorr Jr. created this Life Tributes page to make it easy to share your memories.

Send flowers to the Dorr family.