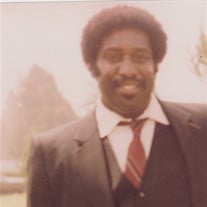 Dennis A. Lewis was born August 13, 1953 in San Bernardino, California. He was preceded in death by his Mother and Step-Father, Reba and Richard Lightner, brother Tony Lucas and sisters, Diane and Lisa Lightner. Dennis was employed by California... View Obituary & Service Information

The family of DENNIS A LEWIS created this Life Tributes page to make it easy to share your memories.

Send flowers to the LEWIS family.