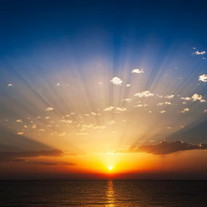 Contreras, David E. July 13, 1923 - July 10, 2016 David E. Contreras, beloved father, grandfather, and great grandfather died in his sleep on the 10th of July 2016. He was three days shy of his 93rd birthday. David was born July 13, 1923 in Montebello, California to Jose Maria Contreras and Anastasia Espitia. He married Consuelo Aguilar in 1944 and had six children with her. They were married for 72 years and lived in San Bernardino, California for their last 62 years together. Their six children are Mary Garcia, Daniel Contreras, Anna Cruz, Sally Waitman, David Contreras Jr., and Connie Contreras. David worked in housing, freeway and road construction. He word over 37 years doing something he loved. David retired as a cement mason in 1985. He continued working in retirement doing home improvements for family and friends, putting in drive way, patios, sheds, and garages. He was never happier than when he was working outdoors and pouring concrete. David is survived by his wife of 72 years, Consuelo Contreras, and their six children and their spouses; Mary and Mike Garcia, Danny and Patricia Contreras, Anna and Ray Cruz, Sally Waitman, David Contreras and his spouse Michael Neto, And Connie Contreras. David is also survived by his grandchildren; Marc Garcia, Enrique Romero, Michelle Fernandez, Angel Romero, and Willie Contreras. There are also six great-grandchildren. David will be deeply missed by all who knew him and will be remembered as a wonderful father who took care of his family.

The family of David Contreras created this Life Tributes page to make it easy to share your memories.

Send flowers to the Contreras family.